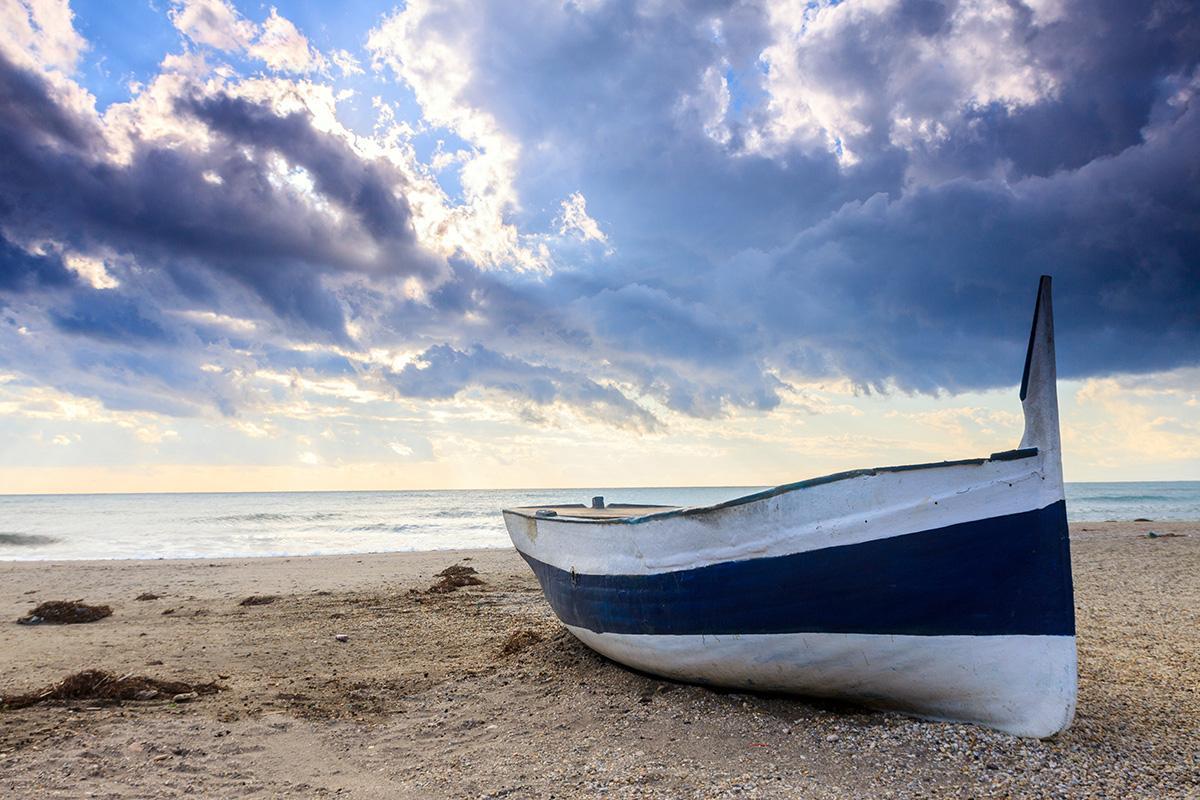 Along the roads of Andalucía lies an alternative reality, one where white-washed towns sit on hilltops, bizarre natural formations cast shadows over the landscape, and exotic animals roam the prairies and wetlands. This road trip takes you along Andalucia's forgotten places—a mesmerizing world you thought didn't exist, but is very much alive.

The Andalusian Road Trip of Forgotten Places is a search for the hidden heart of Spain. It's about all things considered quintessentially Spanish, but are, in fact, Andalusian: the pueblos and bodegas, the Moors and Gypsies, flamenco and bull-fights—and siestas under the shade of palm trees. The itinerary doesn't cover a whole lot of distance, but the 600km of rolling roads are filled with enough stunning Andalusian stops to keep you on the road for at least a week — or two.

The drive from Málaga through the southern hills of Andalusia is the perfect kick-off to your travels. Hills of olive groves and barren rock dot the land, just like the pueblos blancos, or white villages, that nestle in foothills and valleys. Villanueva de la Concepción is one of those white-washed villages— it's one of the most overlooked, too. It's a typical Andalusian town that mostly depends on agriculture and doesn't receive much tourism, making it unspoilt and a great peek into the local way of life. Don't miss the view from the mirador (viewpoint) at the east end of town and try the local cuisine. However, the best reason to make Villanueva your first campsite is it's your base camp for exploring a unique natural spectacle.

At just fifteen minutes from Villanueva, Torcal National Park is a colossal collection of oddly-shaped limestone rocks. El Torcal de Antequera is perfect for hikes, long or short. Three routes—marked as green, yellow, and red for their difficulty level—will lead you along rock formations and breathtaking vantage points.

Of all pueblos, Zahara de la Sierra probably takes the crown for having the best backdrop in Andalusia. Perched on a mountain with a castle at its highest point, the town overlooks a lush valley and serene lake that was formed by a dam. The white town is too far inland for most tourists, making this stop another unspoilt destination. Originally a Moorish outpost, Zahara lies on the historical frontline of Christian-Muslim wars, and with its great vantage point (and castle) was the scene of many epic battles.

Even more amazing are the natural splendours you'll find around Grazalema National Park. Its mountain ranges, the Sierra de Zahara, are home to the largest caves in Andalusia, some of them holding staggering bat populations. The hike to the gorge of Gargante Verde (Green Throat) is especially worth the effort, as you'll spot nestling vultures and wade through riverbeds.

From Andalucía's prettiest town, to its most magnificent city, Ronda towers over El Tajo Gorge. With close to 35,000 inhabitants, some might call it a town—but, since none other than Julius Ceasar gave Ronda the title of city, we'll stick with that. Apart from its Roman origins, the city is also strongly influenced by Berber rule and subsequent Christian conquest, giving Ronda a multi-cultural (albeit bloody) history. Some of the city's highlights are the Puente Nuevo Bridge, a two-century-old bridge crossing the gorge, and the historical Ronda Bullring. We don't think that cultural heritage justifies matadores sticking blades in a bull's back. In fact, we think leaping over bulls is much more ballsy—and fun to watch. Kudos for keeping both culture and the animals alive, recortadores!

Ronda is your second launchpad for exploring Grazalema National Park. At a short distance from the city, you'll find Cueva del Gato, or the Cat's Cave. Easily accessible and incredibly idyllic, the lagoon's crystal-clear (and cold!) waters are perfect for a swim. Tip: bring a picnic basket and spend an afternoon here!

We've made it to the coast! As a matter of fact, you've been driving along the coast for a while. Why not stop earlier? Because the Costa de la Luz receives a fraction of the tourists that go to the Costa del Sol, which you've just passed! This is where the local Spaniards go for day trips and beach holidays, and for good reason. Here, you'll still find quiet beaches and fisherman's towns among green hills and dunescapes. Playa de Bolonia is such a stretch of sandy beaches with a tiny town and Roman ruins. Right next to Bolonia, Playa del Cañuelo might be the most secluded beach, being hidden between the dunes and only accessible via trail. The fact that clothes are optional only make Playa del Cañuelo more paradisal.

The city of Cádiz is this coastline's capital, and highly worth a visit, though tourists rarely make it over to this end of the Spanish coast. Founded over 3,000 years ago, this port might the oldest continually-inhabited city in Western Europe. Apart from the ancient architecture and fresh seafood, Cádiz is also great for flamenco. Its dancers have seduced sailors since BC!

Finish your explorations of the Costa de la Luz with a visit to Parque Nacional de Doñana, Europe's largest wetlands and a reserve for an incredible wealth of wildlife. Huge flocks of flamingos feed here, as well as an amazing array of other birdlife. The park is also a bastion for the extremely-endangered Iberian Lynx. The reserve is Western Europe's largest roadless stretch of land, making campervan travels through the park impossible.

The best entry point into wild wetlands of Doñana is from Sanlúcar de Barrameda, from where you can join a boat tour through the park. You'll also find superb seafood in this scenic little port town, to which as the town's famed manzanilla (the local sherry) is the perfect company.